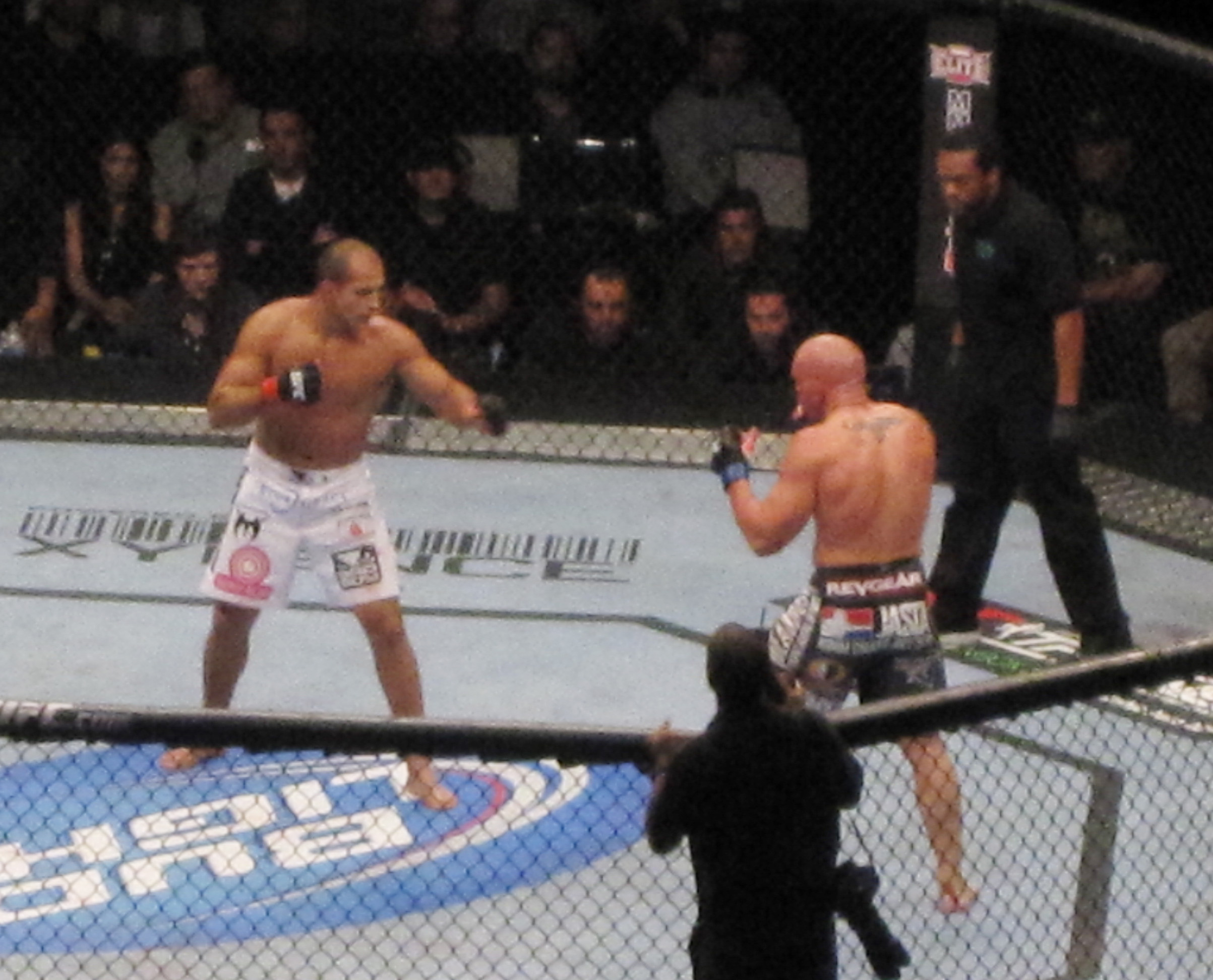 Mixed martial arts (MMA), sometimes referred to as cage fighting, no holds barred (NHB), and ultimate fighting, and originally referred to as Vale Tudo is a full-contact combat sport based on striking, grappling and ground fighting, incorporating techniques from various combat sports from around the world. The first documented use of the term mixed martial arts was in a review of UFC 1 by television critic Howard Rosenberg in 1993. The question of who actually coined the term is subject to debate.

During the early 20th century, various interstylistic contests took place throughout Japan and in the countries of the Four Asian Tigers. In Brazil, there was the sport of Vale Tudo, in which The Gracie family was known to promote Vale Tudo matches as a way to promote their own Brazilian jiu-jitsu style. A precursor to modern MMA was the 1976 Ali vs. Inoki exhibition bout (which ended in a draw after 15 rounds), fought between boxer Muhammad Ali and wrestler Antonio Inoki in Japan, where it later inspired the foundation of Pancrase in 1993 and the Pride Fighting Championships in 1997.

In the 1990s, the Gracie family brought their Brazilian jiu-jitsu style, first developed in Brazil from the 1920s, to the United States – which culminated in the founding of the Ultimate Fighting Championship (UFC) promotion company in 1993. The company held an event with almost no rules, mostly due to the influence of Art Davie and Rorion Gracie attempting to replicate Vale Tudo fights that existed in Brazil and would later implement a different set of rules (example: eliminating kicking a grounded opponent), which differed from other leagues which were more in favour of realistic, street like fights.

Originally promoted as a competition to find the most effective martial arts for real unarmed combat, competitors from different fighting styles were pitted against one another in contests with relatively few rules. Later, individual fighters incorporated multiple martial arts into their style. MMA promoters were pressured to adopt additional rules to increase competitors' safety, to comply with sport regulations and to broaden mainstream acceptance of the sport. Following these changes, the sport has seen increased popularity with a pay-per-view business that rivals boxing and professional wrestling.

In Japan, female competition has been documented since the mid-1990s. Influenced by female professional wrestling and kickboxing, the Smackgirl competition was formed in 2001 and became the only major all-female promotion in mixed martial arts. Other early successful Japanese female organizations included Ladies Legend Pro-Wrestling, ReMix (a predecessor to Smackgirl), U-Top Tournament, K-Grace, and AX.[]

In the United States, prior to the success of The Ultimate Fighter reality show that launched mixed martial arts into the mainstream media,[] there was no major coverage of female competitions. Some early organizations who invited women to compete included, International Fighting Championships, SuperBrawl, King of the Cage, Rage in the Cage, Ring of Combat, Bas Rutten Invitational, and HOOKnSHOOT. From the mid-2000s, more coverage came when organizations such as Strikeforce, EliteXC, Bellator Fighting Championships, and Shark Fights invited women to compete.

Outside Japan and the United States, female competition is almost exclusively found in minor local promotions. However, in Europe some major organizations have held select female competitions, including It's Showtime, Shooto Europe, Cage Warriors, and M-1 Global.

Controversy arose in 2013, when CFA (Championship Fighting Alliance) fighter Fallon Fox came out as a transgender woman. The case became a centerpiece of debates concerning whether it was fair to have a transgender woman compete against cisgender women in a contact sport. Neither the UFC nor Invicta FC says they will allow her to fight, and then-UFC Bantamweight champion Ronda Rousey said she would not fight her.