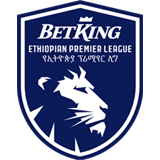 The first officially recognized version of an Ethiopian football league was established in 1944. Originally five teams representing the various communities of Addis Ababa and The British Military Mission in Ethiopia (BMME) contested for the title which was won by the BMME. The Ethiopian Cup was added the following year and has been contested regularly since with the exception of some gap years.

The early years of Ethiopian top division football were dominated for the most part by Mechal (now Defense Force SC). The club won 6 titles throughout the 40s and 50s. St. George SC enjoyed some dominance in the late 60s after which the league went through a period of relative parity in the 70s and 80s. The league went through changes in the 1990s culminating in the founding of the Ethiopian Premier League in 1997 (1990 E.C.) by the Ethiopian Football Federation (EFF) and the teams that made up the top division of Ethiopian Football.

The inaugural 1997-98 Ethiopian Premier League Season saw Ethio Electric (known as Mebrat Hail at the time) lift the trophy. The following year the league decided to increase the number of teams to 10, a year that ended with perennial favorites St. George S.C lifting their first Premier League trophy (16th title overall). St. George would go on to repeat as champions the following year (1999-00 season).

The 2000–01 season was a special one in the league thanks in large part to the offensive display of Ethio Electric striker Yordanos Abay. Abay scored what was then a record 24 goals during his league campaign helping Ethio Electric to its second Premier League title (3rd overall title). His record would stand 16 years until being surpassed by Dedebit striker Getaneh Kebede who scored 25 goals during the 2016-17 season. The following season (2001-02 season) Ethio Electric were picked by many to repeat as champions, but fell short of expectation by finishing behind eventual champions St. George.

The 2002–03 season saw the first real contenders from outside the Addis Ababa push for a Premier League title. The title race came down to the last day with St. George needing a win against rivals Ethiopian Coffee to secure their 4th Premier League title (19th overall title). Second place side Arba Minch Textiles, based in southern city of Arba Minch, was looking to win its first title but needed a St. George S.C. lose to do so. In the end however, St. George was able to win their match and retain the title but the strong display by Arba Minch Textiles showed that teams outside the capital were indeed ready to contend in the top league once again.

The 2003–04 season turned out to be breakthrough year for teams outside of Addis Ababa as Hawassa City S.C., led by their captain Kamal Ahmed, were able to lift the Premier League trophy for the first time in their history. The title race once again came down to the last day as Hawassa City had to beat Nyala S.C. to fend off the likes of Ethiopian Coffee S.C. and Trans Ethiopia for the Premier League title. The following two season were once again dominated by St. George S.C. as they were able to lift their 5th and 6th Premier League titles (20th and 21st titles overall). The start of the 2006–07 season saw the league expand to 16 clubs. The season ended with Hawassa City winning their second title in as many years preventing a St. George S.C. three peat. However, the next three consecutive seasons would be again dominated by St. George, under the guide of their manager Mencho, St. George would add their 7th, 8th and 9th Premier League titles (22nd, 23rd, & 24th titles overall). St. George's biggest rivals, Ethiopian Coffee, would put a stop to their tremendous run by winning the 2010-11 title, their first Premier League title (second title overall). However, St. George would come back the next season and win the title once again in 2011-12. St. George's attempt at a repeat would be thwarted though as the next season Dedebit F.C. would instead be crown champions for the first time in their history.

Starting from the 2013-14 season to the 2016-17 season St. George S.C. would do something that has only been done once before in first division football in Ethiopia and that was winning 4 titles in a row. Notably the 2016-17 season was the first to include 16 clubs, after the Federation decided to expand the league from the previous total of 14 clubs. In turn only two clubs were relegated from the league at the end of the previous season (2015-16) and they were replaced by four promoted clubs from the Higher League in order to form the new 16 club Ethiopian Premier League. On May 2, 2018, the league was suspended by the Ethiopian Football Federation (EFF) after a referee was attacked during a match between Welwalo Adigrat University and Defense. League play would not resume until two weeks later when assurances were made to the arbiters union that referees would receive insurance coverage in the near future and that previous medical expenses would be covered by the responsible clubs. The 2017-18 Ethiopian Premier League ended in dramatic fashion as debutantes Jimma Aba Jifar F.C. lifted the trophy for the first time in their history on the last day. Jimma Aba Jifar and St. George came into the last day tied on points and goal difference, but a 5–0 victory for Jimma Aba Jifar and a 2-0 result for St. George S.C. meant that the title would go to Jimma thanks to +3 goal difference advantage over St. George S.C. After the 2017-18 season the EFF and premier league clubs agreed to reduce the number of foreign players allowed on each team to three. Rising wages and the neglect of home grown players were given as some of the reasons why the move was made.

On May 5, 2020, the 2019-20 Season was canceled due to the COVID-19 pandemic. As a result, no champion was awarded and no clubs were relegated from the league in this season.