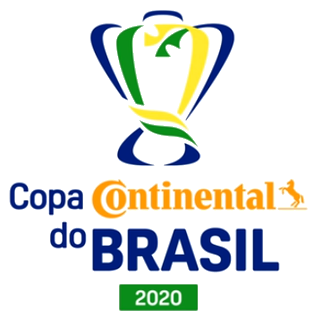 The Copa do Brasil (English: Brazil Cup) is a knockout football competition played by 91 teams, representing all 26 Brazilian states plus the Federal District. It is the Brazilian domestic cup and the Brazilian equivalent of the FA Cup, Taça de Portugal, Copa del Rey, Scottish Cup and Copa Argentina. The Copa do Brasil is an opportunity for teams from smaller states to play against the big teams. The winner of the cup automatically qualifies for the following edition of the Copa Libertadores de América, the most prestigious continental football tournament contested by top clubs in South America organized by CONMEBOL.

Initially the Copa do Brasil was contested by 32 clubs. The field increased to 40 in 1996, increased to 69 by the year of 2000, and stabilized at 64 after 2001 which it remained at until 2012. Clubs from all 26 Brazilian states and the Federal District participate.

Starting in 2013, 86 teams participate in the cup and the teams that compete in the Copa Libertadores join the Copa do Brasil directly in the Round of 16. Also, the best 8 teams from the previous year's Campeonato Brasileiro Série A eliminated up to the third round qualify for Copa Sudamericana. From 2017 to 2020 the cup was contested by 91 teams but in 2021 the number of participants was increased to 92.

Starting in 2021, the tournament has been sponsored by Intelbras and is thus currently known as the Copa Intelbras do Brasil (English: Intelbras Brazil Cup) for sponsorship reasons.

Cruzeiro is the most successful club, having won the competition six times, followed by Gremio with 5 titles, then Palmeiras with 4, then Corinthians and Flamengo with 3. Another 11 clubs have won one edition of the competition, resulting in a total of 16 champions. The state with the highest number of titles is São Paulo , with 10. Only two states have champions from more than one city: São Paulo (Jundiaí, Santo André, Santos and São Paulo) and Rio Grande do Sul (Caxias do Sul and Porto Alegre). Rio de Janeiro is the only city with more than two champion clubs (Flamengo, Fluminense and Vasco da Gama).