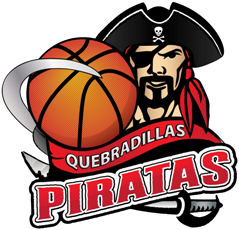 The Piratas de Quebradillas is a Puerto Rican basketball team, part of the Baloncesto Superior Nacional league. Founded in the mid 1920s, it is one of the original teams of the league. The club enjoyed its most successful era during the 1970s, when they won 4 championships including a three peat and participated in 6 league finals. However, after the 2004 season the team suffered from financial problems which prevented them from participating for the following five seasons. The club returned to active competition in 2009 with new players and a new arena as well as a trip to the league finals.

The Piratas are known for their loyal fan-base and extremely loud home games. After 34 years in 2013 they won the BSN championship against the Leones de Ponce in the sixth game of the series.