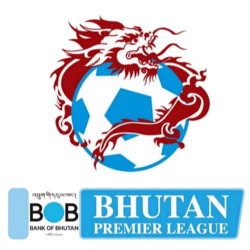 League competition in Bhutan got off to a slow start. Although a full ten-team league was set up in 1986, there seems to have been little or no organised football for the next ten years. Between 1996 and 2000 there was some form of organised football, but it is not clear the extent to which this involved teams from outside of Thimphu.

Some form of football whereby national champions were crowned was played between 1996 and 2000, but it was only in 2001 that the A-Division was created.

In 2001, the A-Division was created as a football competition for teams in Thimphu and was the premier league in the country, supplying the Bhutanese representative to the AFC President's Cup. The first season of the A-Division essentially took the form of a national competition, closely mirroring the current format of the National League. A qualifying tournament was held for teams from Thimphu (in which a team from Paro also competed), from which the top teams progressed to Super League, which also included teams from Samtse and Gomtu, and would have included teams from Phuentsholing and Chukha, had they not withdrawn.

However, this was the last time for over a decade that teams from outside of Thimphu would be involved in football at the highest level in Bhutan. In 2011 the A-Division was played only as a single round-robin set of matches in anticipation of the establishment of a true national league.

This did not occur though and it was only in 2012 that the inaugural competition took place, a six team league consisting of the top three teams from that season's A-Division representing Thimphu, namely Drukpol, Yeedzin and Zimdra, together with Phuentsholing (representing Chukha District), Samtse (representing Samtse District) and Ugyen Academy (representing Punakha District). The inaugural league commenced having signed a three-year sponsorship deal with Coca-Cola worth Nu 3 million in total, along with further sponsorship from Tashi Beverages, Druk Air, Zimdra Food and Samden Group, with the aim ultimately to have a football team playing in the National League from each of the 20 Dzongkhags according to the Bhutan Football Federation. Thimphu dominance of Bhutanese football continued initially, with Yeedzin winning the first National League title. Along with the title, they received Nu 400,000 in prize money, with second-place Drukpol receiving Nu 200,000 and Ugyen Academy Nu 100,000 for their third-place finish.

However, teams from outside the capital city soon proved that they could compete with those who had considerably more top flight experience the following season, as Ugyen Academy became the first non-Thimphu team to take the title, and with it the Nu 400,000 in prize money, with second and third place teams Yeedzin and Thimphu City taking Nu 200,000 and Nu 100,000 respectively. The number of teams based outside of Thimphu decreased in 2013 following the withdrawal of Samtse, a situation which continued in 2014 following the withdrawal of Phuentsholing as well, although they were replaced by Bhutan Clearing, competing for the first time in the National League. In an attempt to attract more non-Thimphu teams into the competition, the federation increased the prize money from Nu 400,000 to 700,000 for the winners. The runners-up were given Nu 400,000, increased by 200,000 from the previous year, and the third-placed team was awarded Nu 200,000. No AFC President's Cup place was awarded to the team finishing in first place this season, because the 2014 edition was the final edition held.