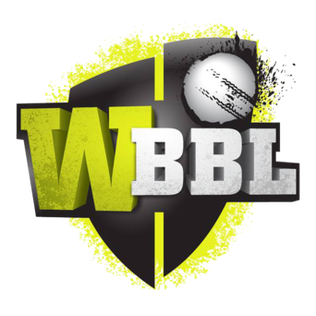 The Women's Big Bash League (known as the WBBL and, for sponsorship reasons, the Weber WBBL) is the Australian women's domestic Twenty20 cricket competition. The WBBL replaced the Australian Women's Twenty20 Cup, which ran from the 2007–08 season through to 2014–15. The competition features eight city-based franchises, branded identically to the men's Big Bash League (BBL). Teams are made up of current and former Australian national team members, the country's best young talent, and up to three overseas marquee players.

The league, which originally ran alongside the BBL, has experienced a steady increase in media coverage and popularity since its inception, moving to a fully standalone schedule for WBBL|05. In 2018, ESPNcricinfo included the inaugural season in its 25 Moments That Changed Cricket series, calling it "the tournament that kick-started a renaissance".

To date, the Sydney Sixers have been the most successful team, appearing in each of the first four finals and winning two titles. The Sixers' crosstown rivals, the Sydney Thunder, are the current champions. The collective performance of the Sixers and Thunder in the league's initial years has partially echoed the dominance of New South Wales in the Women's National Cricket League (WNCL), the 50-over counterpart of the WBBL.