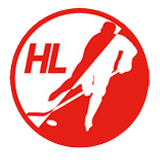 The Polska Hokej Liga is the premier ice hockey league in Poland. Previously, it was known as the I Liga or Ekstraklasa from 1926 to 1999, and the Polska Liga Hokejowa from 1999 to 2013. In 2013, it was reorganized as a limited liability company and renamed the Polska Hokej Liga. It follows a system of relegation to and promotion to/from the Polish 1. Liga.

The championship started in 1925-26. At first, it was a non-league system composed of regional tournaments. The tournaments had two stages. The best teams qualified to the final tournament, of which the winner was declared champion. In 1938, the Polish Ice Hockey Federation decided to reorganize the championship, by creating a league system. Those plans were abandoned due to the outbreak of World War II.

The current structure of the league began in 1955.