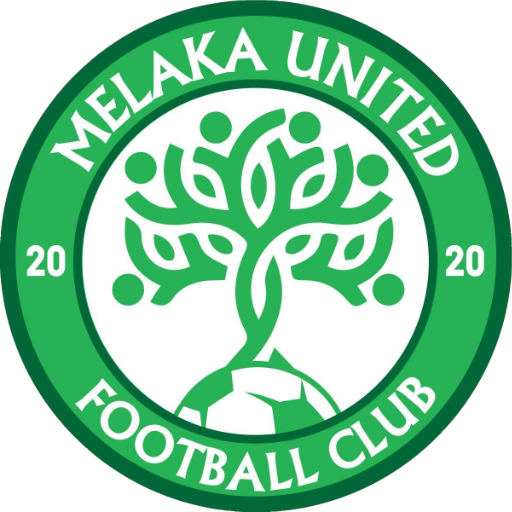 Melaka United Football Club () is a Malaysian professional football club based in Malacca that competes in the Malaysia Super League. They were owned by Kenteam Sdn Bhd which is one of nitrile glove producer in Malaysia. Previously, the club's home ground since then has been Hang Tuah Stadium before moving to Hang Jebat Stadium in Paya Rumput / Krubong in 1924. The club represents the state of Malacca in Malaysian football competitions. They currently play in the top division in Malaysian football, the Malaysia Super League after back-to-back promotions as champion of the 2015 Malaysia FAM League and 2016 Malaysia Premier League.

The club was formerly referred to as Malacca or officially as Malacca Amateur FA and then Malacca FA. Malacca FA biggest achievement in Malaysia football was becoming the Malaysian League champion in 1983 led by Asian Football Hall of Fame, Soh Chin Ann.

In August 2013, Malacca FA being rebranded as Melaka United which has been used since the 2014 season. The club's current nickname is Hang Tuah, the name being synonymous with strength and intelligence.

Melaka United's regular kit colours are green and white for shirts, shorts and socks. The club's current crest has been used since March 2014 which based from older crest with slight modern changes in design and wording.

The era of amateur football league

The era of semi-pro football league

Over the years, the league competition has gained important stature in its own right. From 1982 until 1988 the league is an amateur status continue its purpose as qualifying round for Piala Malaysia and only in 1989 it is changes to a new format as Liga Semi-Pro (MSPFL) was introduced by FAM as a 'halfway house' towards full professional status. The inaugural season of MSPFL consisted of nine teams in Division I and eight teams in Division II with total of 17 teams participated. Malacca has been put in Division II for 1989 season. Malacca compete in 1992 season in Division II.

MSPFL was the nation's top-tier league until it was succeeded by the formation of Malaysian first professional football league, the Liga Perdana (1994–97) in 1994 by Football Association of Malaysia. In its inaugural season 16 teams competing in a single league. The teams were based from all states in Malaysia including Malacca, Kuala Lumpur and addition of two foreign teams, Singapore and Brunei.

At this time the league still consist of semi-pro team where each team was allowed to register 25 players where 12 players must be a professional for Liga Perdana 1 and a minimum of six professional players in Liga Perdana 2.

Malacca competes in Liga Perdana 1 from 2001 until 2003. Football Association of Malaysia (FAM) decided to privatise the league for 2004 season onwards where Liga Super was formed.

Teams in Liga Perdana 1 and Liga Perdana 2 was then was put through a qualification and playoff to be promoted into Liga Super. Malacca failed to qualify and was put into now a new second-tier league Liga Premier for the 2004 season.

The club has been in an up and down performance in Malaysia Premier League since the league inception in 2004 where they played for three seasons and was promoted to top-tier league, Malaysia Super League.

After a successful season in second division, the club has been promoted to the top-tier division, the Liga Super for 2006-07 season. The club has splurged a big budget to buy players while removing majority of players and officials of previous winning season in order to create a more competitive team in the league during its first season in top league after a long years in lower division. However, the club has not been performing as expected as it has been relegated in their first season.

Back to second division

A slump in performance has cause the club struggling and fighting for relegation in their three years season of Malaysia Premier League from 2008 until 2010 season before the dark era as the club has been relegated to the third-tier league, the Malaysia FAM League for 2011 season.

The club has been relegated from 2010 Malaysia Premier League to the Malaysia FAM League because of poor performance despite being one of the bigger clubs within it. In 2012, the club management has concluded as some of the factor that causing the club a chances to be promoted was the poaching of its players by bigger club in higher division and the struggle to attract bigger status players to the club as they were playing in lower division. The club continue to compete and has been a consistent team in third-tier league, Malaysia FAM League for five straight season.

A comeback from lower league

The club make a comeback to second-tier league, Malaysia Premier League in 2016 after being promoted as champions of 2015 Malaysia FAM League. Before winning the FAM League, the club has experienced a 32-year trophy drought, where the last time Melaka United won the Malaysian top-tier league was in 1983 where they won the Liga Malaysia which was the league stage that served as the qualifying round for the Malaysian Cup. During that time, national footballer Soh Chin Ann was playing for Malacca

The club has achieved promotion to Liga Super after became the champion of the Malaysia Premier League in just one year time after winning the Malaysia FAM League.

Back to top division league

After received a promotion to top division, the Malaysia Super League, Melaka United management has made a number of changes including of the restructuring of the club management and the new squad selection. On 14 November 2016, Melaka United has announced the appointment of Eric Williams to replace Mat Zan Mat Aris as the new head coach for the club. Eric Williams has previously managed the Myanmar giant, Yangon United F.C. in 2014 season. The club has also only retained ten players from previous season and has recruited nine new players.

The club has set a high target for 2017 season including to be a top five in the league standing. On 18 February 2017, the club has managed to win their first match in Liga Super, almost 10 years after their last win in the top division in 2006–07 season.